One middle school principal’s touching moment with a student is inspiring people everywhere. Principal Jason Smith understands that all behavior is about communicating. So when one of his students goes against the rules or acts out in an unexpected way, he takes the time to listen and figure out what’s actually going on.

Now, as one inspiring act of kindness from February 2021 proves, that approach is working in his reportedly rough middle school in Indianapolis, Indiana.

Why a Student Refused to Remove His Hat in Class


Most schools have pretty standard rules in place that state students need to remove hats while in class. Stonybrook Intermediate and Middle School is no exception, so when eighth-grade student Anthony Moore refused to take his hat off in class, he was sent to see the school dean.

According to CNN, after spending about 30 minutes with the boy, the dean sent him to see Principal Jason Smith. “I sat across from him and asked, ‘What’s wrong? Why are you being defiant, why are you refusing to take your hat off? It’s a pretty simple request,’” Smith recalled. “And he explained that his parents took him to get a haircut and he didn’t like the results.”

A lightbulb went off. The staff thought the kid’s hair looked fine, but Smith also understood the importance of feeling good around your peers. He particularly understood why Moore was so self-conscious about his look.

“He didn’t say straight out, but I feel like he didn’t want to be laughed at. The barbershop and haircuts as Black males is very important in the community and looking your best and being sharp — it’s just a cultural aspect,” Smith continued.

“Just from my being a Black male myself and coming through that culture and I think girls matter at that age, which [means] appearance then could matter.”

He was scared he was going to be laughed at and we were pretty sure no one would notice, but he was looking through his lens.

How One Principal Came up With a Clear Cut Solution

The typical solution for a student refusing to abide by the school community rules would be an in-school suspension or staff calling the parents to come and pick their kid up. But in this case, Smith felt that missing school wasn’t a practical option for Moore.

Luckily, the principal also had more than empathy in his back pocket — he also had experience cutting hair. He explained to the student how he had been cutting hair since he was about Moore’s age and even showed him some pictures of the cuts he had given his own kids and some teammates back in college.

“I said, ‘If I run home and get my clippers and fix your line, will you go back to class?’” Smith explained. “He hesitated but then he said yes.”

While Smith went to get his clippers, the staff called Moore’s parents for permission to do the cut. “He handled it very well to keep him from getting in trouble at school,” Moore’s mom, Tawanda Johnson, also told CNN. “I’m just glad that he was able to handle that without… being put in in-school suspension.”

When Smith returned, he fixed Moore’s line and sent him back to class. He also made sure to check in throughout the day and was happy to hear Moore didn’t put his hat back on.

“What need is the child trying to get met and really, the future of urban education rests on that question,” Smith explained.

All behavior is communication and when a student is struggling, we need to ask ourselves what happened to this child instead of what’s wrong with the child.

Why One Principal Decided to Take a Different Approach


A photo of Smith cutting Moore’s hair has since gone viral, with many applauding the educator for taking the time to listen actively and find alternative solutions. Not everyone would have necessarily reacted in the same way to a child refusing to listen, after all.

According to Smith’s co-workers though, his actions were pretty standard for how he treats all of his students. The school’s resource officer, Lewis Speaks Sr., told The Indianapolis Star that the haircut was a touching moment, but it’s not the first time Smith has gone above and beyond.

Speaks recalled another incident in which a fifth-grade student came into the office complaining about his shoes. The soles were ripping off, so Smith gave the kid a new pair of shoes to wear. “He doesn’t really like the publicity but it’s definitely not out of the normal for him to do such a gesture,” Speaks told the publication.

“It could have been easy for a principal to just be like ‘Hey, we’re just going to send you home for the day because you’re not going to take off your hat,’” he continued.

For him to sit down with the student, find the root of the problem and then come up with a solution… I thought that was a very wonderful, selfless gesture.

How a Principal Proved the Importance of Practicing Empathy


When Smith was interviewing for the principal job back in 2019, he recalled how people would tell him how rough the school and neighborhood were. But he had a different take on it all. “I wanted to work hard — because we have amazing teachers here and amazing children — to change the perception of the culture,” Smith also explained to The Indy Star. “Kids are 100% safe here. This is just a great opportunity to shed light on the wonderful things… we have here at Stonybrook.”

The story is such a good reminder to look beyond any initial situation and to try and figure out what’s actually happening — especially when it comes to our interactions with someone else. As Smith himself pointed out, all behavior is communication and sometimes it can be a matter of asking yourself what else might be going on to warrant certain actions.

That could be examining your own child’s behavior in a different way the next time they act out, thinking about why a stranger is rude or rushing past you in a public building or a parking lot rather than being quick to anger, or even calling in to check on a friend after a particular post on social media or in a group text.

Practice listening and asking questions before reacting as Smith does, and who knows what any of us might uncover the next time we’re in a similar situation. Perhaps it could lead to a scenario that inspires thousands of others to practice kindness too. 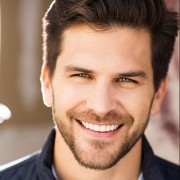 No comments to show.
Close
Go to mobile version